Do bicycle helmets really matter that much? 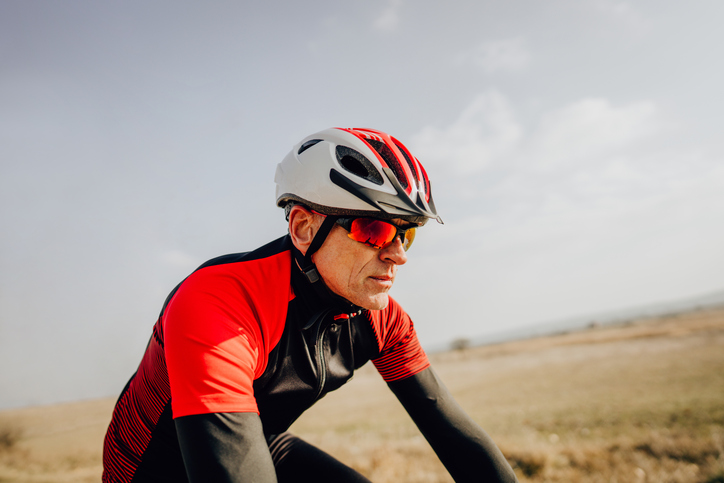 It’s a perennial debate among cyclists: to wear a helmet or not? Is it a critical safety precaution, or a personal choice? Do helmets even work?

As far as Oklahoma state law is concerned, it’s a personal choice; the state encourages cyclists to wear helmets, but there is no law requiring it. In Oklahoma City, though, helmets are mandatory for all cyclists, regardless of age. Other jurisdictions (including Norman) require helmets only for cyclists below a particular age threshold.

There’s a reasonable debate to be had as to whether helmets should be mandatory, but we want to focus on a larger point: while helmets can prevent some injuries in bicycle accidents, they are a poor substitute for preventing accidents in the first place.

A good helmet provides protection against some head injuries, but that’s it.

When used properly, helmets are effective at protecting against some types of head injuries, such as skull fractures. The right bicycle helmet for an individual cyclist should fit snugly around the skull without feeling uncomfortable or cutting off circulation. It’s important to consider the shape of the head and the coverage of the helmet to make sure you have the right protection.

However, even the best helmets can only do so much. Cycling has the highest concussion rate among all sports, and bike helmets in their current incarnation do not prevent all concussions. Of course, a helmet does nothing to protect the rest of the body, such as injuries to the extremities. And while helmets do reduce the risk of fatal head injuries, it’s notable that the United States has both a high rate of helmet use and a high rate of bicycle fatalities, as a 2016 analysis by the Toole Design Group found. The same analysis noted that in contrast, the Netherlands had both the lowest rate of helmet use and the lowest fatality rate of the countries studied.

That obviously doesn’t mean helmets are causing fatalities; it means there are other factors that have a greater effect on the risk of fatal bike accidents. In particular, the Netherlands has an extensive network of high-quality bike lanes. The Dutch also have a strong culture of sharing the road with cyclists, including practicing the “Dutch Reach” – the habit of using the far hand to open a car door, which forces you to look over your shoulder and check for bikes before you open it.

What’s more important is stopping cars from hitting cyclists in the first place.

The simple reality is that when a car weighing several thousand pounds crashes into a bicycle, there is only so much personal safety equipment can do to mitigate the danger. Unfortunately, we have not done enough to make sure our roads are safe for cyclists. Oklahoma City, for example, only got around to installing its first stretch of protected bike lanes last year. Overall, Oklahoma is the sixth-most dangerous state for cyclists, according to a recent analysis by StreetLight.

Engineering improvements to our roads can improve safety for cyclists and pedestrians in the long term, but in the meantime, motorists need to do their part to share the road. That means providing plenty of room when passing a cyclist on the left, checking twice for bicycles when turning at an intersection or opening a car door, and avoiding distracted driving, fatigued driving, and aggressive driving more generally.

That’s also why it’s so important to hold drivers accountable when they cause bicycle accidents. Whether you were wearing a helmet or not, you have rights under Oklahoma law, and we can protect them. If you were hurt in a bicycle accident, contact Lawter & Associates, PLLC today. We’d be happy to meet with you for a free consultation at our offices in Oklahoma City or Tulsa.