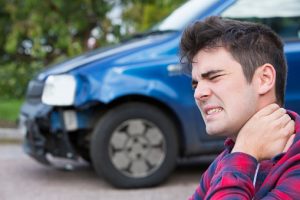 Recently, a 35-year-old Oklahoma man was killed in a two-vehicle accident. The crash occurred on U.S. 62, and the Oklahoma Highway Patrol indicate a westbound vehicle struck the rear of a dump truck owned by the county.

The driver who rear-ended the dump truck became pinned in his vehicle for an unknown period of time. He was transported to a nearby medical facility when he was freed by the fire department. Sadly, however, The Lawton Constitution reports he died of internal injuries after being taken to the hospital. The driver of the dump truck which was rear-ended and a passenger were both treated for head injuries following the collision.

This accident, which is described as a "violent rear-end collision," is one of many which occur on the roads of Oklahoma and on the roads of the United States over the course of the year. Drivers and their passengers involved in rear-end accidents frequently sustain serious and sometimes even fatal injuries. They should make sure they get proper medical help as soon as they can after an accident to get an accurate diagnosis and to get their injuries treated.

The Importance of Getting Medical Help After Rear-End Accidents

The injuries sustained by those involved in this tragic rear-end accident demonstrate why it is so important for anyone involved in rear-end collisions to get prompt medical help. While some injuries are immediately obvious, others do not show outward symptoms. For example, internal injuries like internal bleeding may not manifest with symptoms immediately or the symptoms may seem relatively minor. Without treatment, however, a serious medical emergency could arise.

The consequences of a brain injury may also not immediately be apparent. Whenever someone gets a blow to the head, there is a possibility of bruising of the brain or bleeding of the brain. Even if a person did not hit his head in a rear-end accident, there is still the potential for traumatic brain injury if the force of the crash caused the brain to hit into the skull and become bruised or damaged.  If the brain is bruised, bleeding, or swelling, prompt treatment must be provided to prevent permanent damage. The patient should also be carefully monitored for complications. Sometimes, however, people underestimate how serious a brain injury is and delay getting medical care. The effects can be devastating.

Finally, whiplash is also very common after rear-end accidents and symptoms don't show up for whiplash right away. It can take around 24-48 hours even for any symptoms to manifest if the soft tissues of the neck were damaged and it can take much longer to determine if the whiplash pain is chronic or not.

Getting prompt care for these and other injuries caused by rear-end accidents is essential for health, but can also help you to ensure you have documentation of injuries in case you wish to make a personal injury claim.