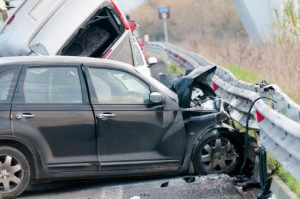 Between 2014 and 2015, there was a four percent rise in the total number of miles driven in the United States. Chicago Tribune reported on this increase and indicated more miles were driven in 2015 in America than at any time in history. This calculation comes from the Federal Highway Administration, which amasses data on total vehicle miles traveled by all vehicles including cars, buses, and trucks.

As more miles are driven, there has been an increase in motor vehicle accidents on the road. Drivers need to know about rising chances of becoming involved in car accidents so they can make informed choices about risk assessment. Motorists familiar with rising crash rates can be more assertive, more proactive, and more cautious of other drivers on the road.

The total miles were the highest ever, even though per capita miles didn't break records, because the population has increased since 2004. Even though each individual driver isn't driving more, there are simply more motorists on the road.

The increase in miles driven in 2015 has occurred after a lengthy period during the Great Recession when fewer people were driving. Lower rates of unemployment and other economic conditions have helped to increase miles driven.

One of the single most important reasons why there is so much more driving is falling gas prices. There was a 28 percent reduction in average gas costs from 2014 to 2015, and it is now possible in many locations in the country to buy gas for $1.50 per gallon or less. With prices of gas so low, there is a greater incentive to drive and most motorists will be behind the wheel more.  More people are also likely to take road trips and to travel longer distances.

Unfortunately, all of these drivers on the roads are causing a rise in fatality rates. There was an eight percent increase in deaths in car accidents in 2015 compared with 2014, which was the biggest year-to-year jump in death rates in 50 years.

Drivers need to try to avoid behaviors which contribute to crashes, especially when there are more people on the roads. If motorists don't make safer choices and gas prices continue falling, as they are expected to in 2016, it is possible there will be even more car accident fatalities this year.