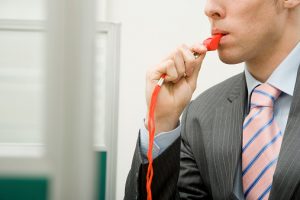 Over the course of 2014, a record was set for the number of vehicles recalled as a result of defects. There were more than 64 million cars recalled in 2014, which is more than double the previous recall record that was set in 2004 according to Insurance Journal. Unfortunately, drivers throughout Tulsa, Oklahoma City and surrounding areas were at risk of injury in motor vehicle accidents as a result of these defective vehicles on the roads.

A car accident lawyer knows that car manufacturers are obligated to act quickly if they identify that there is a problem with their vehicles. The National Highway Traffic Safety Administration (NHTSA) should be notified promptly and a recall initiated right away if the vehicle defect may be dangerous. Unfortunately, for many of the millions of vehicles that were recalled over the course of 2014, many of the defects were likely known to auto manufacturers for years but were never reported. Lives were put needlessly at risk while these dangerous cars remained on the roads.

Could Car Defects Come to Light Faster With Whistleblower Incentives?

To try to ensure that car manufacturers are no longer able to get away with hiding defects for years, the U.S. Senate is considering new legislation that would incentive whistleblowing. Whistleblowers receive generous financial incentives if they come forward and provide evidence that the government is being defrauded in qui tam lawsuits. New legislation, if it passes, will create a financial incentive for auto industry workers and contractors to also come forward and bring problems to public attention quickly.

Claims Journal reports that 13 members of the Senate Commerce, Science and Transportation Committee have approved the new proposal for whistleblower incentives, so it will move on to be voted on by the full senate and then perhaps to becoming law. The new incentive would give whistleblowers the right to recover as much as 30 percent of the penalties that government regulators are able to recover against a car company that has not followed rules and guidelines when it comes to vehicle safety. The incentives kick in to provide whistleblowers with this compensation as soon as the fines reach $1 million or greater.

Obviously, the cash payouts to whistleblowers could add up to a significant sum of money. Just recently, for example, General Motors paid around $35 million in penalties to resolve allegations that the company had not been honest about its faulty ignition switches. GM may have known about the problem with the switches for a long time but a large-scale recall on affected vehicles did not begin until last year.

The GM ignition switch problem may have been linked to 379 fatalities and to thousands of injuries. If whistleblower incentives had been in place when the problem first came to light and workers had come forward, they could have perhaps received a significant financial award- and many deaths and injuries could perhaps have been prevented.

It remains to be seen if the whistleblower incentives will become law. Clearly, with a record-breaking number of recalled vehicles last year, something should be done to improve the safety of cars on U.S. roads.