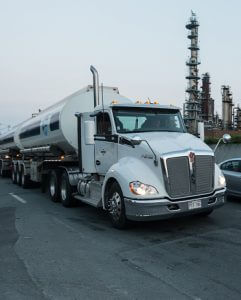 Safety features continue to improve and be incorporated in more vehicles across the United States. Seat belts and airbags are being supplemented with drift control alerts, lane correction systems, traffic warning sensors and many other important safety features. These features are designed to help drivers prevent collisions.

Such features are especially important in large, heavy vehicles, because these vehicles have more momentum in a collision. The added momentum increases the force generated by the collision, which in turn can increase the severity of injuries that are sustained. This is why it is so important for truck drivers and transportation companies to access all safety features available to them.

Accident Avoidance: The State of the Law

Federal regulations do not yet require the implementation of crash avoidance features in commercial trucks. This does not, however, mean that regulators are not aware of the importance of this technology. The National Transportation Safety Board has identified the increased implementation of crash avoidance technologies as one of its ten "most wanted" issue areas. The influence of the NTSB could potentially lead to these features becoming mandatory in commercial vehicles that cross state lines (interstate trucking).

The NTSB's urgency on the matter of crash avoidance technology is due, in part, to the severity of the damage and loss of life that is caused in accidents involving large vehicles. Trucking Info reports on a single accident between a truck and SUV which left six dead and five injured. Other issues also contributed to the crash, including truck driver fatigue and the SUV carrying too many passengers. Ultimately, however, the NTSB's investigation determined that a lack of collision avoidance technology was a major contributor to the accident.

How a Victim's Life Can Be Changed By a Truck Accident

The most important reason for implementing crash avoidance technology is to save lives. Even victims who manage to survive their injuries find their lives changed - often permanently - as the result of a truck accident. The victim may have to undergo physical therapy in order to build strength and learn to walk again. Some victims are paralyzed and never regain the ability to walk. Others need occupational therapy in order to relearn how to write, speak, or perform other basic tasks. These processes are usually long and frustrating. They can also be physically painful.

Some victims are never able to return to work. Many find that they must accept reduced hours or responsibilities; often, this comes with a significant decrease in pay. Changing jobs or careers can be a long and painful process. All of these changes are compensable losses. An injury victim is entitled to be compensated for reduced earning capacity or lost wages during the recovery process.

Our Oklahoma City car accident attorneys know the many different losses injury victims can suffer after a truck accident. It is important to document and prove all of these losses in order to protect an injury victim's legal right to fair compensation. Truck drivers and transportation companies can engage in negligence which permanently impairs an injury victim's ability to enjoy his or her life. When that occurs, these negligent parties must be held accountable in order to avoid similar harm to other innocent victims.