Survey Says Oklahoma Ranks 4th for Angriest Drivers in US 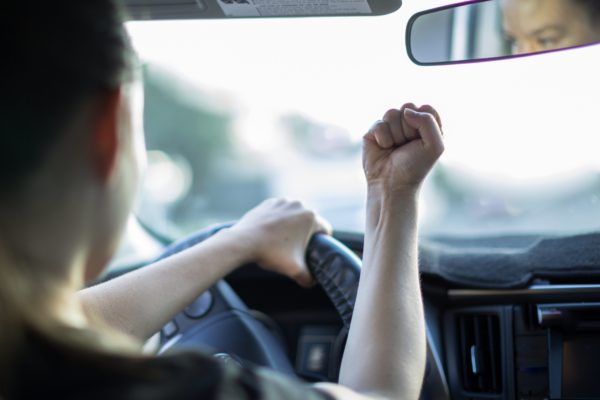 If an aggressive driver injured you in Oklahoma City or Tulsa, talk to a car accident lawyer about your potential legal options.

Whether it's speeding, tailgating or another type of "road rage," aggressive driving causes car accidents, especially in Oklahoma.

A new survey shows Oklahoma has some of the angriest drivers in America. For many of us who drive in Oklahoma, this may not come as a surprise. As a longtime personal injury law firm, our attorneys have seen the devastation that aggressive drivers can cause.

"Yeah, actually, today I pulled out from my neighborhood and somebody laid on their horn at me," says a Tulsa resident quoted in a KTUL story.

"It seems out here, people are angrier in general," says another.

In general, road rage and aggressive driving are moving traffic offenses with the intent to endanger other persons or property. An extreme example would be an assault with a motor vehicle or other dangerous weapon by the operator or passenger of one vehicle against another.

Most incidents of road rage are not that severe. But it doesn't take much for aggressive driving to cause a bad accident. Although many people may not think of something as simple as a horn honk, the smallest gestures can trigger another already angry driver. Common examples of road rage, according to AAA Exchange, include:

What to do if you encounter a driver with road rage

Our car accident attorneys fight for the injured in Oklahoma City, Tulsa, and beyond.

Getting hit and injured by an aggressive driver can be frustrating, scary, and confusing. While you may have recourse through the civil justice system if the actions of another driver caused your injury, getting fairly compensated is not always as easy as it should be.

Since 1974, injured accident victims have turned to the Oklahoma car accident lawyers at Lawter & Associates, Attorneys at Law PLLC. We know what it takes to get results in Oklahoma City, Tulsa, and throughout the state. And we're proud to fight to hold aggressive drivers accountable for the pain and losses they cause.

If you were injured or a loved one died in an Oklahoma car accident, contact us today to review your legal rights and options. We have two offices conveniently located in Oklahoma City and Tulsa, but if you can't come to us, we can go to you. A member of our team is available to hear from you at any time. Contact us today to schedule your free case consultation.