Speeding a Common Cause of Fatal Crashes in Oklahoma 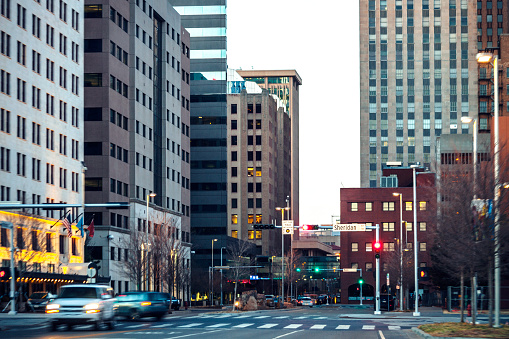 Car accidents happen for many different reasons. But in recent years, speeding drivers have been responsible for more accidents than ever in Oklahoma and nationwide, according to Tulsa World and other news outlets.

How common are speeding car accidents?

Excessive speed has long played a role in many serious car accidents across the country. Each year, nearly 10,000 people nationwide are killed in accidents due to speeding drivers, according to the National Highway Traffic Safety Association (NHTSA). On average, speeding plays a role in more than 26 percent of motor vehicle fatalities nationwide.

But the problem has been getting worse the past two years. Last year, speeding drivers were responsible for a sharp increase nationwide in the number of motor vehicle accident fatalities, according to the NHTSA. Specifically, there was an 11 percent increase in speeding fatalities nationwide last year compared to 2019, even though there were fewer drivers on the road during the pandemic.

Why are speeding accidents on the rise in Oklahoma?

As of earlier this month, the Oklahoma Highway Safety Office reported 501 motor vehicle fatalities so far this year, according to The Tulsa World. That figure represents an increase of 62 deaths compared to the same time period last year.

The problem is particularly bad in Tulsa. Last year, there were 61 motor vehicle fatalities in Tulsa, a five-year high, according to accident data compiled by Tulsa World. This year through the end of September, there have already been 53 car accident fatalities in Tulsa.

Why do drivers speed?

Drivers speed for many different reasons. According to researchers at the NHTSA, traffic congestion often results in excessive speeding. Once there’s a break in the traffic, some drivers go extremely fast and engage in other aggressive driving behaviors, including frequently changing lanes or tailgating.

Drivers “running late” or in a rush also often cause high-speed accidents. But there’s no excuse for driving fast and causing a serious collision. Keep in mind that speeding accidents often result in severe accidents with more serious injuries.

How can a lawyer help?

You might think you don’t need an attorney if a speeding driver caused a crash involving you or a loved one. But don’t be surprised if the driver who caused your accident denies doing anything wrong. The same goes for the at-fault driver’s insurance company. They will often look for any excuse to reduce or deny your injury claim. That’s because they know they could be responsible for paying you thousands of dollars or significantly more for your medical bills, vehicle repairs, replacement income, and other accident-related expenses.

We know how to handle such complicated legal cases at Lawter & Associates, Attorneys At Law, PLLC. That’s because our experienced Oklahoma car accident attorneys have been helping injury victims just like you for years. We know the state and federal laws that apply to car accidents. We know what evidence to look for, what questions to ask, and how to build a strong legal case. If necessary, we’ll hire an accident reconstruction expert or file a lawsuit on your behalf. We’re serious about winning your case.

This may be your only opportunity to get the money you rightfully deserve for your accident. Seize it. Contact us and schedule a free case evaluation with an Oklahoma car accident lawyer who will fight for you. Make an appointment at our Tulsa or Oklahoma City office today.