Will increasing speed limits in Oklahoma lead to more accidents? 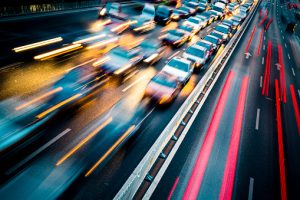 A 5-mph increase in the speed limit on the Oklahoma Turnpike might not seem like a big deal, but a recent study finds that even a relatively small change can have deadly consequences.

For every 5-mph hike, the rate of fatalities jumps by 8.5 percent, according to Consumer Reports, which cited research from the Insurance Institute for Highway Safety (IIHS). The study found that an increase in speed limits since 1993 has resulted in roughly 37,000 deaths in traffic accidents.

As experienced attorneys in Oklahoma, we know speeding is a leading cause of car accidents. Here are a few reasons why speeding is dangerous:

Oklahoma Gov. Kevin Stitt in April 2019 signed legislation to change turnpike speed limits from 75 mph to 80 mph. According to an article in U.S. News & World Report, the increase was considered with safety in mind and legislators say traffic and engineering studies will be considered to determine if it was safe to increase the speed limit. Oklahoma is one of nine states increasing limits on highways, according to CDL Life.

The author of the IIHS study, Charles Farmer, argues that increasing speed limits simply puts people at risk, according to Consumer Reports. The study reveals that about 1,900 lives would have been saved in one year alone – 2017 – if speed limits had been kept at 1993 levels. The study examined traffic fatality data from 1993-2017. Since 1995, 41 states have increased speed limits to at least 70 mph on highways.

What to do if you’re involved in a speeding accident

Even in cases where someone is killed by a speeding driver, the insurance company may try to find ways to blame the victim to keep compensations to a minimum.

That’s why it’s critical to discuss your claim with an experienced personal injury attorney. Lawter & Associates, PLLC, can help you fight for the compensation you deserve. Contact us today to learn how we can help.