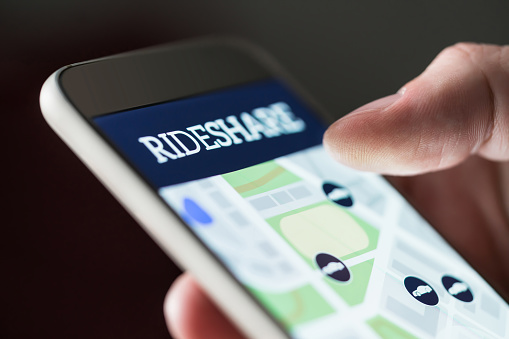 Drunk drivers in Oklahoma take a devastating toll on the property, health, and lives of their fellow Sooners. Yet they seem to have no second thoughts about getting behind the wheel when impaired by alcohol.

The result is often a devastating car accident that causes severe injury or death. A new study suggests there is an available solution—if people would only take advantage of it.

Hail a Ride, Prevent an Accident?

A recent study by the Columbia University Mailman School of Public Health determined that an increase in using ridesharing services corresponded with a decrease in alcohol-related accidents. Researchers compared data from 962 alcohol-related crashes in Chicago with 962 accidents not involving alcohol.

An increase of one ridership per square mile, the study found, decreased the chances of an alcohol-related accident by .2%. While the number is small, it also is based on just a single rideshare trip. If ridesharing becomes more commonplace, the data suggests communities will experience fewer drunk driving accidents.

The numbers paint a grim picture in Oklahoma. The state recorded 145 alcohol-related fatalities in 2018. When it comes to alcohol-impaired fatalities per 100,000 population, Oklahoma’s rate of 3.7 tops the national average of 3.2

DUI penalties escalate depending on the number of convictions. For example:

If you were injured or a loved one died in a crash caused by a drunk driver, you have recourse through the civil justice system. The problem is claims involving drunk drivers are often highly contested by insurance companies because they know your injuries represent a threat to their bottom line. That's why they often have teams of attorneys ready to protect their interests.

At Lawter & Associates, PLLC, our attorneys know how to deal with insurance companies and hold drunk drivers accountable for their reckless behavior. If you've been hit by a drunk driver in Oklahoma, let us fight for the justice and compensation you deserve.

Contact us today to schedule a free consultation with an Oklahoma car accident attorney. We have offices in Oklahoma City and Tulsa and would be honored to talk to you about your potential legal case.