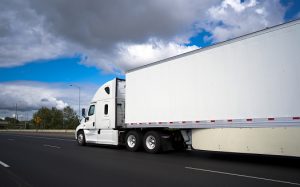 An Oklahoma City truck accident attorney can help victims file personal injury claims and access the compensation to which they are legally entitled.

What is an Underride Accident?

Underride accidents are not a new problem on the roads of the United States. In June 1967, actress Jayne Mansfield was killed in an underride accident that occurred on a freeway outside Biloxi, Mississippi. Roadtrippers reports that Mansfield and two other adults in the vehicle were killed instantly. Three of her children in the back seat (including future Law and Order: SVU star Mariska Hargitay) survived the deadly crash.

What is Being Done to Reduce Underride Accidents?

In the wake of Mansfield's death, the National Highway Traffic Safety Administration required all semi truck trailers to be equipped with a low bar on the back of the trailer. This "Mansfield bar" is designed to prevent passenger vehicles from going under the back of the trailer. While this has undoubtedly reduced underride accidents on the roads of America, it leaves other parts of semi trucks exposed, and nearby passenger vehicles remain vulnerable to underride accidents.

New bipartisan legislation is attempting to address this problem. The Stop Underrides Act of 2017 would require underride guards to be installed on the sides of trailers and the front of trucks. Trucks.com reports that the legislation would also strengthen the standards for rear guards (standards that have not been updated since 1998). It was introduced by three Democrats and one Republican and is reported to be making its way through Congress.

While federal safety regulations can certainly reduce underride accidents and improve overall roadway safety, it is also important for all road users to exercise caution. Passenger vehicle drivers should allow ample space between their vehicle and any large truck in the roadway. Truck drivers must also use caution, particularly when changing lanes or otherwise obstructing lanes of traffic.

Victims who are injured in an underride accident may have the right to be compensated for their injuries and losses. Consult with an Oklahoma truck accident attorney as soon as possible after any truck accident. The sooner an attorney becomes involved in a case, the better he or she will be able to protect the victim's legal rights.