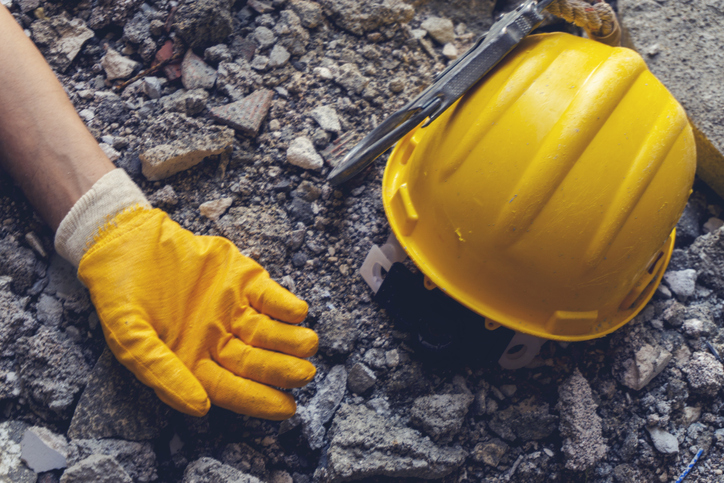 The biggest threat to worker safety hasn't changed over the last 11 years. Fall prevention is seriously lacking at worksites in Oklahoma and throughout the U.S.

This news comes from the Occupational Safety and Health Administration's (OSHA) annual list of the top 10 most cited work accident and safety violations.

OSHA's annual list of top violations is often illuminating but rarely changes much from year to year. U.S. workers are largely facing the same safety hazards as they were 10 years ago.

The following is a list of the top 10 OSHA violations issued in 2021. Violations were given out over safety failures in regard to:

A lack of fall prevention also topped OSHA's lists of most "serious" and most "willful" violations lists. "Serious" violations are those that have a high probability of death while "willful" means the violation is committed with an intentional disregard for worker safety, according to OSHA.

Oklahoma businesses received nearly 20 OSHA violations in 2021. Businesses here were cited 18 times for worker safety violations so serious they were fined $4,000 or more. Several companies, including manufacturers and food processors in Madill, Oklahoma City, and Broken Arrow, were cited on multiple occasions.

The largest fine assessed in Oklahoma last year was more than $400,000. It was levied against a Hugo-based rail maintenance company after two employees died from natural gas (Gasol) asphyxiation. The men died after entering a chemical tank. The first employee went in to clean it and the second employee died trying to save him, according to OSHA. This fine was among the 10 largest penalties OSHA issued in 2021 nationwide.

Workers Most At Risk For Injury

In Oklahoma, there were 75 total workplace accident-related deaths in 2020, according to the most recent information from the Bureau of Labor Statistics.

Industries with the highest number of reported work-related injuries and illnesses include:

No one should have to be worried about getting injured or dying on the job, but this is the reality for far too many people. Employers have a legal responsibility to provide their workers with a reasonably safe work environment. When they fail to do that, workers' compensation must pay them what they deserve.

Due to workers' comp laws, employees generally can't sue their own employers over an at-work injury. However, third-party lawsuits can be filed against subcontractors, parts manufacturers, property owners, and any other entity that caused or contributed your on-the-job injury. A third-party personal injury claim can seek compensation for losses not covered by workers' compensation, such as excess wage loss and pain and suffering. To recover, you need to prove fault on the part of the third party.

Fight for the Compensation You Deserve

Lawter & Associates Attorneys at Law PLLC fights for Oklahoma's injured workers. Our attorneys understand how to get the most out of your workers' comp application as well as identify third parties that may be liable for your injuries.

If you were injured or lost a loved one due to a work accident, contact us to schedule a free case consultation. With no obligation or fee to pay, a member of our legal team will explain how the law applies to your situation and help you weigh your legal options. The deadlines to file a workers' comp claim or a third-party lawsuit can be tight, so do not delay. Contact Lawter & Associates Attorneys at Law today.