Oklahoma's distracted driving laws may be too lenient 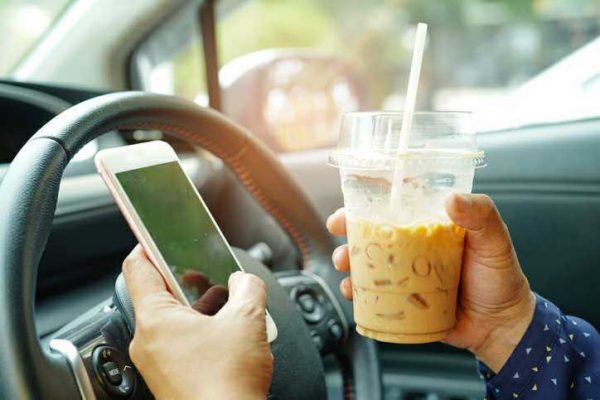 Distracted driving is growing problem across the United States. In 2018, it resulted in 2,841 traffic fatalities nationwide. The laws that some states pass and enforce may help bring the number of distracted driving deaths down.

For example, 20 states have passed laws banning all uses of cellphones for drivers. Drivers are not allowed to text, browse the internet, take pictures and videos, or scroll through social media. Oklahoma isn't one of those states, however.

The state laws regarding distracted driving may be to blame. In Oklahoma:

How many distracted drivers are on the road?

Distracted driving is so common that it could be occurring around you at any given moment. It doesn't always involve cellphones. There are no laws that ban all forms of distracted driving.

There are three types of distractions:

Any activity that causes distraction can reduce a driver's reaction time to avoid a crash.

According to the National Safety Council, an average of 700 people are injured in distracted driving crashes each day. Crash data often relies on the admittance of distracted drivers.

Many of these crashes don't leave behind physical or digital evidence, so the number could likely be higher. That's why if you were involved in a crash, a thorough investigation is needed to find out exactly what happened.

An experienced Oklahoma car accident attorney may gather evidence by obtaining nearby surveillance camera footage (if available) or getting a subpoena for electronic records.

The legal team at Lawter & Associates Attorneys at Law PLLC can help you build a strong legal claim and obtain the compensation you need to pay for your damages. We serve clients in Oklahoma City and Tulsa. To find out how we can help you, contact us online and schedule your free legal consultation.