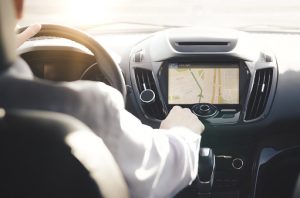 Fast Company reports when the Apple watch was released (during April, which is also Distracted Driving Awareness Month), safety advocates immediately began expressing concern about potential dangers that the smart watch presents to motorists on the road. A smart watch sends alerts, including pulses, to wearers when certain things happen like a text message being received. A smart watch user in Tulsa, Oklahoma City and surrounding areas can also do a number of tasks using the watch on his wrist, including checking things on the Internet and communicating with others.

An experienced car accident lawyer knows a motorist who is distracted by any electronic device is not going to have his attention focused on the road and is going to have a delayed reaction time. A distracted driver, even someone using a hands-free system, is significantly more likely to become involved in a motor vehicle accident. Inattention blindness is just one of many possible risk factors associated with being distracted. Smart watches are a major distraction for motorists and as these tech devices become more popular, the risk of motor vehicle collisions due to drivers who are not paying attention is likely to significantly increase.

Distracted Driving Risks May Increase Due to Apple Watch Use

Although smart watches have been on the market for a while, they have been adopted by a very limited number of early-adopters of new technology. The Apple watch is likely to be different. In just the first week after its release, the Apple watch sold one million units. Most estimates suggest that there will be 30 million Apple watch products sold during the first year the product is available. This is a significant number of motorists who will soon have a device on their wrist that can serve as a continuous distraction to take their focus off of safely driving their cars.

There have been numerous studies on the dangers of both hands-free and handheld cell phones, all of which show a significant increase in collision risks. Because smart watches are newer, there have not been studies yet done on the impact of this new technology. The research that has been completed, however, suggests that smart watches are going to be a bigger danger to road safety than cell phones and other similar electronic devices. The issue is that the watches are more readily accessible so motorists are going to be more tempted to look at them. Past research also shows that drivers tend to look at the screens on smart watches for a longer period of time than they look at screens on other electronic devices.

The research has prompted safety advocates to argue that there should be a ban on the use of Apple watches while operating a vehicle. The problem is that it takes time for law to catch up to technology and it is not at all clear that current distracted driving rules will prohibit the use of these devices. It may also be difficult to enforce a ban on an Apple watch or other smart watch since it can be hard for police to determine what watch a person is wearing or what they are doing.