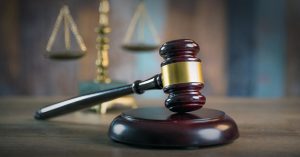 When a person sustains an injury due to someone else’s negligence, the damage isn’t just confined to medical expenses and lost wages from missing work. In many cases, injury victims suffer mental and emotional trauma, pain and suffering, and can’t enjoy their life like they could before the accident.

In a personal injury claim, these are considered non-economic damages. With indisputable evidence, claimants may recover monetary compensation for these damages.

Oklahoma currently has a cap on how much compensation an injury victim can recover. This cap was initially spurred by a 2009 tort reform bill, placing a limit of $350,000 on non-economic damages.

This creates hurdles for claimants whose non-economic damages are severe and life-long. For example, if a person lost his or her arm in an accident, the recoverable damages would likely surpass $350,000.

The Oklahoma Supreme Court recently ruled the tort reform bill unconstitutional, citing inconsistencies in the law. For example, the law only places a $350,000 cap on claimants who have survived accidents and are pursuing personal injury claims, but the cap doesn’t apply to wrongful death lawsuits.

Reif cited Article 5, Section 46 of the Oklahoma Constitution, stating that the $350,000 is in violation of the provision that prohibits “local and special laws on certain subjects.”

Following a 2012 oilfield accident involving a falling crane, which resulted in an amputation, Oklahoma lawmakers have considered appealing the $350,000 cap. After the crane operator was found responsible for the accident, the case ended in a $14 million jury verdict – which included $5 million in non-economic damages.

Unfortunately, the claimant wasn’t able to collect those damages due to the $350,000 cap. Additionally, the claimant’s wife was initially awarded $1 million, but a cap was placed on that reward, as well.

If you or a loved one was injured due to someone else’s careless or reckless actions, don’t hesitate to speak to an experienced Oklahoma personal injury lawyer at Lawter & Associates Attorneys at Law PLLC. Contact us today to learn more.