National Uptick in Car Accidents Not Reflected in Oklahoma City 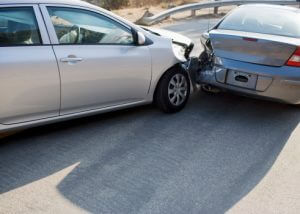 Across the nation, the number of car accidents has been on the rise for several years. This trend is not reflected in Oklahoma City crash statistics, but poor driving behavior nonetheless contributes to a significant number of collisions annually.

Our roads have become a dangerous place, riddled with drivers who are careless, distracted, speeding, aggressive or drunk - or perhaps some combination. While there are a number of public safety awareness campaigns aimed at targeting this issue, it's incumbent upon motorists to take these warnings seriously. Those who do not, may find themselves facing not only the potential for higher insurance premiums, but also the possibility of a civil injury lawsuit by the innocent parties affected by their negligence.

According to The Washington Post, 2011 saw the lowest number of traffic fatalities ever recorded in the United States. This was a result of fewer vehicles being on the road after the economic recession of 2008. As drivers returned to the road, traffic accident rates began to rise again. Unfortunately, traffic fatalities have been steadily climbing ever since. 2016 traffic data from the National Highway Traffic Safety Administration showed a continuation of the trend of increased traffic fatalities. A 5.4 percent increase placed the total number of fatality victims over 37,000. In 2017, more than 18,000 people died on the roads of America between January 1 and June 31. Another 2.1 million people were seriously injured in car accidents during that same time period.

By contrast, Oklahoma has seen a slight downward trend in car accidents over recent years. Data from the Oklahoma Highway Safety Office reveals that the total number of crashes in the state have decreased steadily since 1997. In fact, there was only one year in which the number experienced a slight increase. Fatality and injury rates have, likewise, experienced an overall decrease during this time period.

The fact that Oklahoma has experienced a decrease in accidents, injuries, and fatalities does not mean that Oklahoma City drivers are immune from the risks of the road. Drivers must still take the simple and effective safety precautions which will reduce the severity of injuries sustained in car accidents. Seat belt use has been repeatedly shown to decrease the risk of car accident injuries becoming fatal. It is more than a safety precaution - it is also a legal requirement. Pursuant to Section 47-12-417 of the Oklahoma Statutes, operators and front seat passengers must wear properly adjusted and fastened safety seat belt systems. It is also critical that parents place children in appropriate car and booster seats. The National Highway Traffic Safety Administration reports that, in 2015, 248 children under the age of 5 were saved by a car seat. Follow the NHTSA recommendations for appropriately-sized car and booster seats. Even when a child is old enough and large enough to graduate out of a booster seat, it is important to continue using safety measures within the vehicle. Front seat air bags can seriously injure small children. Children under 12 should always ride in the back seat.

After any type of accident, be sure to contact an experienced Oklahoma City Car accident attorney as soon as possible.