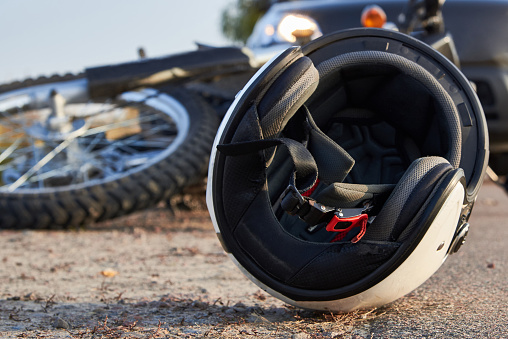 Another recent, serious motorcycle accident in Oklahoma City – which resulted in two serious injuries – illustrates just how dangerous Oklahoma’s largest city can be for motorcyclists and why it’s important for drivers to always share the road.

This is the second motorcycle wreck in less than a month on the same road in Oklahoma City. Earlier last month, two people riding on a motorcycle near the intersection of NW Expressway and County Line Road in Oklahoma City sustained serious injuries in a crash, according to Oklahoma News 4. That crash happened when a truck making a turn struck the bike, which caught fire. Both injury victims were rushed to the hospital and listed in critical condition.

How common are motorcycle wrecks in Oklahoma City?

Why do motorcycle accidents happen in Oklahoma City?

Motorcycle wrecks often occur because another driver behaved in a reckless or negligent manner. Common causes include:

Whatever the circumstances of your wreck, make sure you fully understand your legal rights if you were injured in a crash that was not your fault. Make sure you talk to an attorney right away to get a clear understanding of your legal options.

Don’t underestimate the severity of your motorcycle injuries. And don’t be surprised if the at-fault driver blames you for causing your collision. This often occurs in crashes involving a motorcyclist and another vehicle. Drivers and insurance companies like to blame the biker, even if the motorcyclist did nothing wrong.

When this happens, you need an experienced motorcycle accident lawyer from Lawter & Associates, Attorneys At Law, PLLC on your side to guide you, every step of the way. We have years of experience investigating serious crashes and know how to build strong cases that get results. That’s why we have such a strong track record of success in Oklahoma.

Discover what our law firm can do for you and contact us today to schedule a free case evaluation. We have offices in Oklahoma City and Tulsa.