The Safest and Least Safe Vehicles on Oklahoma City Roads 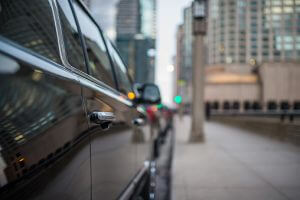 Every time Oklahoma drivers hit the road, they face the risk of being injured in an auto accident. While an Oklahoma City car accident attorney can help injury victims access compensation for their injuries, it is better to avoid accidents in the first place. New safety features give drivers more options than ever for reducing the risk of accident and injury.

Factors Which Can Improve Safety on the Roads of Oklahoma

Older vehicles are more likely to lack modern safety features, which means occupants are more likely to be seriously injured or killed in a crash than those in newer models. This was established in recent research conducted by the National Highway Traffic Safety Administration, which examined the correlation between the age of the vehicle and the severity of injuries sustained in a collision. Not only were new vehicles found to offer the best chances of survival in a fatal car accident, but the odds of survival incrementally decreased with each model year.

Larger vehicles also offer better odds of survival for their occupants. The Insurance Institute for Highway Safety conducted a study which examined the safety of different vehicle models. Of the ten vehicles with the highest fatality rates, five were mini cars and three were small cars. The category of vehicles with the lowest overall fatality rate was luxury sport utility vehicles with four wheel drive. CBS News also reports that the highest fatality rates between 2009 and 2012 were found in the Kia Rio, Nissan Versa, Hyundai Accent, and Chevrolet Aveo. These are all classed as mini or small sedans.

New safety features have been proven to dramatically reduce both accident and injury rates in the U.S. The Insurance Institute for Highway Safety recently published a study which found that lane departure systems decreased the risk of single vehicle accidents, sideswipes, and head-on collisions by 11 percent. Injury rates in these collisions were reduced by 21 percent with the presence of lane departure technology.

Some vehicles are even equipped with warning systems which vibrates a driver's seat in order to physically alert them to a lane departure. Meanwhile, air bag technologies are also improving and expanding to reduce the severity of injuries which are sustained in auto accidents. Insurance.com reports that Ford has designed an inflatable seat belt, and Volvo has created a pedestrian airbag that is deployed over the windshield after a front-end impact. All of these developments offer exciting possibilities for improved safety on roadways across the country.

Of course, all the safety precautions in the world cannot protect Oklahoma road users from all negligent drivers. Pedestrians, bicycle and motorcycle riders, passengers, and drivers alike can all be injured by negligent behavior. When such injuries are sustained, an Oklahoma City car accident attorney can help injury victims file claims, find sources of compensation, establish liability, and determine whether to accept a settlement offer or file a lawsuit.