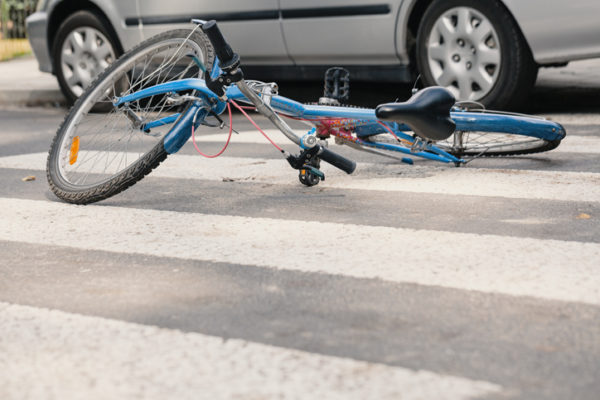 Drivers need to share the road, and cyclists must protect their legal rights.

The fatal collision occurred on South Walker Avenue when a truck struck the two cyclists, who were riding the same bicycle together. Police are calling the crash a “tragic accident,” and residents are calling for OKC to make the streets safer for people who are biking.

“An 8,000 or 6,000 pound vehicle against a person on a bike, you know the person isn’t going to win,” said one concerned resident in an interview with KOCO News 5. The resident also urged officials to build more bike lanes.

News of the recent fatal bicycle accident in Oklahoma City probably didn’t surprise many local cyclists. In the past 10 years, cyclist fatalities have increased by 44 percent, from 873 deaths in 2011 to 1,260 in 2020, according to the National Safety Council.

In just one year alone, bicycle accident fatalities increased by 16 percent in 2020 compared to the year before. And while bicycle trips only add up to 1 percent of all trips made in the country, 2 percent of all traffic fatalities involve cyclists, according to the Centers for Disease Control and Prevention (CDC).

Drivers should also take extra care right now since summer includes the three deadliest months for cyclists. According to the National Safety Council, more cyclists die each month in June, July, and August than in any other month.

Many bicycle accidents occur because the driver who caused the collision did something they should not have done while operating a motor vehicle. Examples include:

Bicycle accidents happen for many other reasons. If a negligent driver hits you while you’re riding a bike, it’s critical that you fully understand your legal rights.

A bicycle accident attorney can help you file a claim.

A lot of bike accident claims turn into complicated legal cases. There’s often a lot of money at stake in these types of cases, and as a result, the insurance company for the at-fault driver will do everything it can to avoid paying you the compensation you deserve for your losses.

At Lawter & Associates Attorneys At Law PLLC, we know how to hold negligent drivers accountable and advocate for the rights of injured cyclists. We’ve been fighting for Oklahoma’s injured since 1974 and are ready to build you the strongest possible legal case.

Contact us today for a free case evaluation with an experienced Oklahoma bicycle accident attorney to learn more about your legal rights and options. It costs nothing to let us review the details of your case, and there are no obligations.

We also offer legal representation for bike accident claims on a contingency fee basis, meaning you pay no fees unless we win your case and recover compensation for you. Call us today to learn more. We have offices in Oklahoma City and Tulsa.