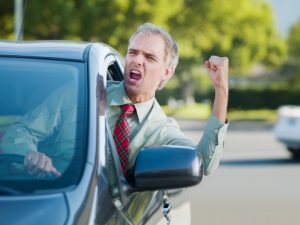 Aggressive driving is a contributing factor in around half of all accidents, according to research from AAA Foundation for Traffic Safety. Any motorist could be hurt as a result of aggressive driving behavior.  For motorists who want to try to minimize the chances they will be hurt by an aggressive driver, Rocky Mountain Insurance Information Association has some advice. Of course, it is not the job of an innocent driver to stop others from behaving irresponsibly. Still, if you can take steps to try to reduce the chances you'll fall victim to a crash caused by another careless motorist, it can be worth making the effort to avoid causing anger.

How Can You Reduce the Risks of Aggressive Driving Accidents?

Rocky Mountain Insurance Information Association indicates "the best offense against aggressive driving is a good defense." Some of the specific things RMIAA advises motorists to do in order to avoid causing anger include:

Of course, even if you do these things, another driver could still become aggressive and could hurt you. If another driver engages in behaviors which put you in jeopardy, like speeding or running a traffic light or breaking any rules of the road, you can pursue a claim to get compensation for serious injuries.

You can also prevent aggressive driving accidents by not allowing yourself to become an aggressive driver. If you are driving and you find yourself becoming frustrated or angry, don't react by doing things like weaving in and out of traffic or increasing your speed or following too closely behind another motorist who you think is going too slowly. All of these actions are dangerous and increase the chances you could seriously hurt yourself or someone else.

You're going to encounter irresponsible and annoying motorists on the road. The best you can do is drive defensively. Ensure you are the responsible one so you can avoid causing anger and increasing the chances your own anger will lead to you accidentally hurting yourself or someone else.  Remember to follow the rules of the road and best practices for safe driving. If you begin to feel frustrated, count to 10 or engage in other relaxation techniques so you can keep a level head.

Be sure you also know your rights in case another driver does behave aggressively toward you and causes a car crash. You shouldn't face losses due to another motorist's irresponsibility and aggression. Our injury lawyers are available to answer your questions and help you explore your legal options.